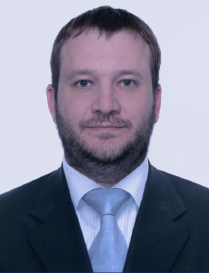 Denis is a seasoned attorney with an educational background from the International Independent University of Environmental and Political Sciences as well as the Law Faculty and the Academic Law Institute under the auspices of the Institute of State Law of the Russian Academy of Sciences. Before Denis joined our team he worked for more than 10 years as a Head of legal department of Femida Audit which was a part of DFK International. Denis worked closely with large Russian and international clients, on projects related to tax, corporate, corporate structuring, corporate re-organizations, real estate, financial and contract law issues. Denis is very experienced litigator with a very strong track record working on behalf of both plaintiffs and defendants, both for business disputes and also relating to non-corporate disputes. Denis also worked as head of the legal department for Bioenergy Corporation in Russia. For many of his international clients Denis assists in setting up legal entities in Russia and then support them during their business activities in Russia, including participation in negotiations with partners, clients and governmental bodies, drafting contracts, representation in courts etc. Denis also has extensive experience working on M&A and related transactions both in terms of deal structuring, due diligences, post-transaction issues and other related issues. Denis is a native Russian speaker and practically bi-lingual in terms of his English-language skills. In that regard he has spent almost a year in various courses in Cambridge at Cambridge University. He holds both a the Cambridge ILEC certificate and has attained Level B2 in the CEFR system. In addition to various English language trainings, Denis has also attended extensive training courses relating to the WTO, real estate and contract negotiations. 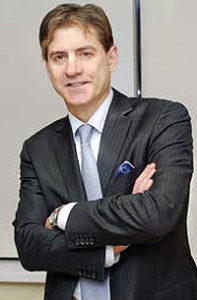 Prior to founding Vasiliev Klein & Usov, American attorney Daniel Klein (also a Canadian citizen) was a co-founder of Podolsky Vasiliev & Klein. He was formerly a co-founder of the Hellevig, Klein & Usov, Avenir Group (some Avenir companies are now referred to as Awara). Prior to founding Podolsky Vasiliev & Klein, Daniel worked at Marks & Sokolov which was the successor firm to Egorov, Puginsky, Afanasiev & Marks. From 2009 till 2012 Daniel served as a member of the board of directors of some subsidiaries of PPF’s/Generali’s Eldorado Electronics, NSK, Sibzavod, etc. Daniel was also Marketing Director for Sprandi sportswear.

Daniel is an expert on legal issues relating to Western companies doing business in Russia and Europe. Daniel also served on the boards of many Russian-based companies including: Actis Software, Skate Financial News to name a few. He has spearheaded the legal and business aspects of numerous company start-ups, venture capital/private equity investments, and geographic expansions of companies through acquisition and organic growth. Among other highlights in Daniel’s experience includes his serving as the EMEA MD for the then 2nd largest payment terminal manufacturer in the world: Hypercom (formerly NYSE: HYC; recently purchased by Verifone). As head of EMEA he managed offices in Dubai, Moscow, Budapest, Paris & England.

Daniel also was a filtration officer for the Vienna-based Siemen’s Red-Stars.com which purchased many internet e-tailing start-ups across Eastern Europe and Russia. Daniel also has extensive experience in the areas of real estate, franchising, mortgages, financial leasing, company structures, and contract law. He is a seasoned intellectual property attorney, experienced in litigating and prosecuting patents, trademarks & copyrights, especially pertaining to counterfeit goods. He has also practiced at the Paris-based firm Bouju Derambure Bugnon and New York-based Pennie & Edmonds (later partially merged with Jones Day). While working at Pennie & Edmonds in New York he was the lead trademark attorney for some of the firm’s sport clients including Australian Rules Football, the NBA and also worked on many NFL trademark matters. His main function was to oversea global trademark filings and prosecutions, product licensing matters, new sport franchising (Miami Heat, Charlotte Hornets, Minnesota Timberwolves), as well as to pursue counterfeiters around the world.

Daniel has been very active in Russia for many years and currently resides in Moscow. Daniel holds a Juris Doctorate (New York Law School), an MBA (London Business School) and a Bachelor of Science in Mechanical Engineering degrees (Washington University in St. Louis; with a focus on metallurgy and turbine technologies). He passed the State Bars of New York, Massachusetts, and passed the United States Patent & Trademark bar.

Daniel used to run the first and only English-language monthly legal column referred to as “Daniel Klein’s Legal Line” in Russia’s Passport Magazine (www.passportmagazine.ru). Daniel also used to teach Securities Regulations at Moscow’s Pericles Law School. Daniel is also a lecturer at Skolkovo’s start-up academy. Daniel has co-produced a TV program for Carlton TV (the UK), appeared as a guest on SkyNews program which he organized and produced (“The Cash Point Ghost”), and has had numerous other appearances on Russia Today, as well as many interviews on Business FM and other radio stations. Daniel is a citizen of the US and also a citizen of Canada and speaks English (as his mother tongue), French, Russian, Czech and Spanish. 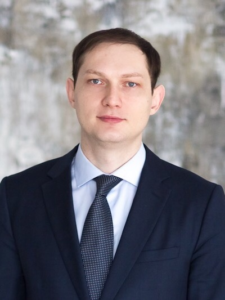 Artem Usov joined the firm in 2017. He practices Russian law in the areas of corporate, business, dispute resolution, taxation and labor matters and assists international companies in finding legal advantages in the areas of his expertise. Being one of the name partners of the firm, Artem adds a unique approach to solving clients’ issues and accommodating clients’ needs. For more than 10 years, Artem has worked as a partner at Hellevig, Klein & Usov and Awara Law. Artem Usov was one of the co-founders of Hellevig, Klein & Usov in 2005.

Artem’s educational background is from New York University School of Law and Tax Academy of the Russian Federation. He is a frequent speaker at events and also is an author of legal articles and books. Artem is a native Russian speaker and is fluent in English.

Alexander has a 10+ year history working as an in house lawyer at many well-known foreign brands operating in Russia like Inditex (Zara, Pull & Bear etc), Solvay and several Western retailers. Alexander has a law degree from Moscow’s Peoples Friendship University and equally a masters in law and over 5 years of course work at a language academy (English & French). Alexander has also taught a course at Russia’s leading Masters in Law programme (at the prestigious Higher School of Economics).

Anna Kravtsova is an attorney-at-law admitted to the Moscow Bar Association. She graduated from Moscow State Law Academy in 2001 with a degree in Law (diploma cum laude). In 2007 she completed a Master of Laws degree in US Business Law from Pericles ABLE Project. Currently Anna is studying Computer and Communications Law at Queen Mary University of London LLM program. In 2001 – 2004 Anna was working as a senior attorney for different private projects within a Russian law firm. In 2004 – 2014 she was working as a Chief Legal Officer for large IT companies, such as Luxoft, IBS Group (NYSE: LXFT), and Asteros Group (Top-10 System Integration Company in Russia), providing the whole legal support to the matters of corporate law, contracts, IP and IT law, M&A deals, employment law, taxation and real estate issues, working with more than 15 jurisdictions including USA, UK, EU, Vietnam, Russia, Ukraine and Singapore.

At Asteros Anna developed corporate and shareholding structure which allowed to attract investments of IFC. During her work at Luxoft, in 2012- 2013 she supported the legal part of the IPO of Luxoft Holding, Inc (LXFT) and its subsequent SPO on NYSE. Both Legal departments of Asteros and Luxoft were admitted as the best legal department in the sphere of IT in 2010 and 2013 respectively. In recent times Anna was working as an independent legal advisor to various startups in Russia including NAMES, Giftery, BABO, Parallels, advising them on corporate structuring, M&A, IP and IT law matters, personal data issues, CFC rules, employment related issues, etc.

Anna has a broad range of legal experience from Contracts, M&A, Corporate reorganizations, to Employment matters, IP and IT law, and International Taxation. Anna is a native Russian speaker and is fluent in English, including legal writing and negotiations.

Natalia, who was born and raised in Moscow, is one of less than 25 Russian lawyers also qualified to practice law in Helsinki. Helsinki’s main daily newspaper, the Helsingin Sanomat, has summed up Natalia’s profile the best when it rated her as the top 30 Finnish Russians.

Natalia has a Licentiate of Laws degree (LL.Lic./OTL) at the University of Helsinki, and a Master of Law, Moscow State Law Academy named by Academician Kutafin (MGYuA) and she is an authorized mediator as well. Moreover she has a Finnish real estate broker’s license.

Natalia has worked for several Finnish law firms including most recently (for more than 12 years) as the Head of the Russian desk for Hedman Partners Attorneys-at-Law. Natalia also Co-founder and member of the board of Russian Businessmen’s Association of Finland. In addition Natalia has extensive experience and actively involved with: Fintra, Finnvera and the Finnish Russian Chamber of Commerce.

Olga has had a  rich history in Russia working for some very well known firms including Sweden’s Mannheimer Swartling  in their Moscow office and for the last six years  for Finland’s Castrén & Snellman’s Moscow Office. Less recently Olga also worked for Capital Legal Service and was instrumental among other things in spearheaded IKEA’s legal efforts to establish and develop many of the Mega Mall projects around Russia. Building on that success, Olga, subsequent to working for Capital Legal services led the legal efforts of an investment arm of Barings Vostok with its investments in shopping centers in Russian regions.

Olga graduated from St. Petersburg State University with Master of Law degree. Immediately after graduation she became a Member of the Russian Bar Association and started practicing law as attorney of general practice. However after 12 years of practice Olga continued her legal education at Northwestern University School of Law in Chicago and obtained her second LL.M in 1996. During her stay in the US Olga was also lecturing in different Law Schools on Russian legal system and comparative property in terms of Fulbright program. 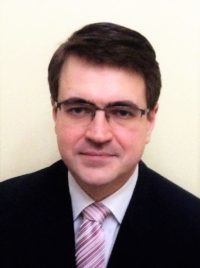 Mikhail has a stellar background both in terms of his very extensive education and the public posts that he has held with various governmental entities. Mikhail’s education spans an impressive 12 years where he received a full 5-year legal degree and in addition he also received various Mechanical Engineering degrees in a period of 7 years. In terms of Mikhail’s work experience he has worked as a patent examiner in the Russian Patent office and later was appointed in 2005 as the Deputy Head of the Russian Patent office with 700 members of staff under his supervision. Later Mikhail was given the honorary appointment of Senior Program Officer at WIPO (World Intellectual Property Organization) in Geneva. Amongst other roles, it was Mikhail’s responsibility to meet with the heads of patent offices from all over the world. In addition to Russian, Mikhail also speaks English, French and some basics of German.